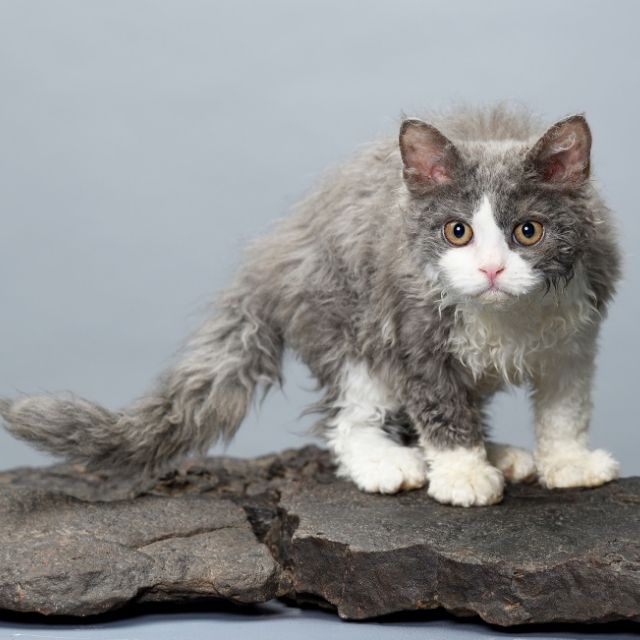 The Selkirk Rex cat breed attracts attention with its curly hair. Even their whiskers are curly, these cats have thick fur and soft fur. These cats, which are very popular in the world, are a fairly new breed of cat. In addition to their different feather structures, they are famous for their devotion to people. Although they originated in the United States, one of their ancestors is Persian cats. Selkirk Rex cats are also related to Cornish Rex and Devon Rex cats. Persian cats have a temperament similar to their character traits. Although they are calm like Persian cats, their cheerful and playful nature makes them even more indispensable.

Selkirk cats, which form close and intimate bonds with humans, require care. These cats, which are extremely adaptable and gentle animals, are very pleased with the attention of their owners. Selkirks, which are not very suitable to be left alone, have a calm character like Persian cats and are active and playful animals like other Rex family cats. They expect you to spend time with them and play lots of games, but they don’t like being held.

Selkirk cats, whose hair structure is different from other cats, need to be brushed 3-4 times a week. Although its dense and curly hair gives it a very cute air, this fur structure is a disadvantage for Selkirk cats. They need frequent combing as their feathers can become tangled and lumpy. Brushing Selkirk cats can also benefit you. Because these cats shed a lot and are not suitable for living in the same house with cat allergies.

Selkirk cats with curly coats and thick fur are very meticulous animals. For this reason, their sand and toilets, as well as food and water containers, need to be cleaned daily. Selkirk cats, which can surprise you by defecating to other parts of the house if the sand cleaning is not done regularly, are also extremely picky animals about food. For this reason, these cats should be fed with special breed cat foods .